The Real Dangers of Being a Great Role Model 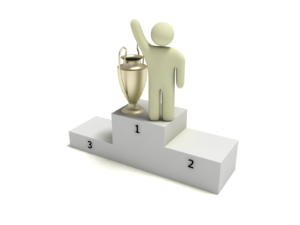 One of the leadership and management “truths” is the undisputed value of being a great role model.

Not many people would question the value of being a great role model.

In fact, I think most, if not all, people would say they would be pleased to be a great role model for others.

It goes without question, right?

Which is what I was thinking the other day, when I thought, “But how do you know?”

As in, “How do you know you’re being, or are, a great role model to others?”

I may think that what I do and say may serve as good role model behaviors, but truly, how do I know that I’m being perceived that way?

I clearly remember a time when I was working in Manhattan, working very hard, in fact. I was blindsided when I was told that what I thought was being industrious and focused, was being perceived as aloof.

“Yes, David, you need to come up for more air. People think you don’t care.”

You ever have one of the moments when you experience vertigo, but there’s no physical reason for it?

My mind and my head were spinning in so many ways.

If someone had asked me pre-feedback if I was serving as a good role model of a hardworking, dedicated employee, I would have said, “Sure.”

If they had asked, “Do you think you’re an example of an aloof, uncaring oaf?” I believe I would have politely challenged their assertion and, possibly, their state of mind (as in, “What?! Are you mad?!”)

I was quite certain I was a role model for being dedicated, hardworking, and caring about people, as so aptly demonstrated by my focus, dedication, and desire for excellence.

Instead, I was perceived as being removed, and less than caring.

So remember the lesson of when New Coke tried to replace Coke Classic: you don’t own your brand, and may be at a disadvantage to be aware what it truly is.

So instead of assuming you’re a good role model as a leader, why not instead, directly discuss your values, motivations, and goals with your people.

At least then you’ll have a better chance of directly influencing how you’re perceived.

You may even get the opportunity to correct some misperceptions.

Or better still, change your own perceptions, and more importantly, your behavior.

Have some examples of “role models” who were out of touch?  Ever been blindsided by feedback?

Are You Focused on Being Busy, Instead of Being Accomplished?

And Are Your People Ready?