If You’ve Recently Failed at Something, Here’s Why You Should Cheer Up 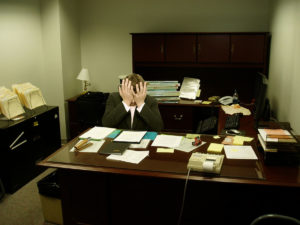 But no worries.  Life could be worse.

First, you’re only one person.  How bad can you mess up?  And how much trouble or problem can one person cause (Bernie Madoff notwithstanding)?

Personally, you may feel you’ve caused a lot of damage in the moment, but honestly, it’s not that bad.

How bad can it get?

Consider Target.  Not only did it suffer the wrath of the gods and consumers from its data breach, it’s now writing off an estimated $5.4 billion from its ill-timed entry into Canada, eh?

And that entry was less than 2 years ago.

According to McMillan Doolittle, the reasons are several:

McMillan Doolittle sum up the blunders in one word: arrogance.

So take heart, and try this visualization exercise:

In your mind, take a massive pile of $1 bills, and stack them until you have a stack of 5.4 billion of them.  That would be more than 1.9 million feet tall, or more than 360 miles.  So you’ll need a tall ladder.
If you were driving a car going 60 mph, you could start at noon, and you still wouldn’t reach the end of your stack by dinner time.  At 60 mph.

So now with your stack of 5.4 billion $1 bills stacked to the heavens firmly in your mind, I want you to take a match, and burn it.

That’s what Target did.

So, truly, how badly have you messed things up?