You’re Not Alone: Everyone Fakes It Sometimes.

Congratulations!  You got that promotion!! That job you had your eyes on for so long is finally yours.  What a rush!  Your partner/spouse is thrilled!  Your parents are thrilled!  Even the dog seems happier to see you when you come home.  Life. just. couldn’t. get. any. better.

So why do you feel so much like a fraud?
And why are you worried people will find out you don’t quite know what you’re doing? 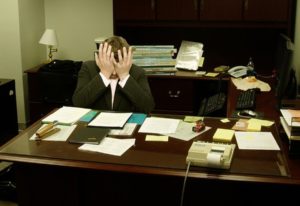 Answer #1: You totally knew what you were doing in your former job. You were good at it. You could do it with your eyes closed. Sometimes you did. But this job is new. You know a fraction of what goes on. But you’ll figure it out. Hopefully.

Answer #2: You hear the thoughts (a.k.a. voices) in your head that tell you you’re in over your head. That you’re drowning.  That you’re a fool for taking the promotion. That everyone will see right through you.

Answer #3: You’re your own worst enemy. Your standards are high, and highest for yourself. That’s good, because those standards got you here. They got you this promotion. That’s bad, because you hate to fail, and you’re completely aware of that possibility, right here, right now. 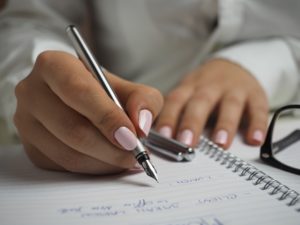 But there’s hope.
Because even though the above 3 might all be true, there are some footnotes to each:

Footnote 1:  Yes, it’s true, you don’t quite know what you’re doing in your new job.  But let’s face it.  You probably weren’t fully prepared to take on this new role.  Did you get any coaching for it?  When you hear the word “grooming”, do you think only of a hairbrush?  Chances are most others in your company had it just as bad, and felt the same way you do when they got their promotion.  But note to self: make sure your direct reports don’t have it as bad as you when you promote them.  Develop and coach them before they step into that new role. 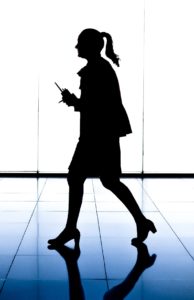 Footnote 2:  Everyone hears voices, but it’s okay if they’re your own.  And best if there’s only one of them.  That being said, many high-potentials have had a constant companion voice in their head, judging and evaluating them.  It’s kept them on track, on time, and on goal.  So consider it an old friend.  Just keep in mind that it (i.e. you) can see things that others don’t.  This promotion is not one of those dreams / nightmares where you show up at a cocktail party without any clothes on (not that I have those types of dreams).  So no worries; you’re not as exposed as you think you are.

Footnote 3:  If you’re your own worst enemy, well at least you know you’ve made it this far, when others probably would have wilted a long time ago.  So good for you.  You also know that although you may be tough on others with your high standards, you’re toughest on yourself.  Does the expression “no quarter” mean anything to you?  So it’s survival of the fittest in your head, and you’re still standing.  You just may want to show yourself some compassion every now and then.  I know that will seem and feel a little weird, but you may appreciate it, and your direct reports will certainly appreciate it.  Particularly if you extend a bit of it to them as well every now and then. 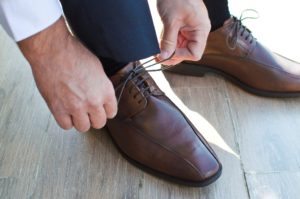 So in summary, you may feel like a fraud, but no worries.  Most people do when they take on a new role; it comes with the territory.  And people can’t see through you, and can’t hear those voices that tell you you’re an amateur as you try to make it through the first few days and weeks.  And your high standards will help you get through this.  True, you may lose some sleep because you want to excel right out of the gate, but with some compassion for yourself, you’ll recover well should you stumble every now and then.

And for those who have yet to get that promotion, one recommendation:  Take your manager out to lunch, and ask him or her:  “How do you spend your time when I’m not in your office?”  That one question will give you greater insight into the world at the next level (particularly the parts you never see), and may, just may, diminish some of the fraudster feelings you will certainly have when you get your next promotion.