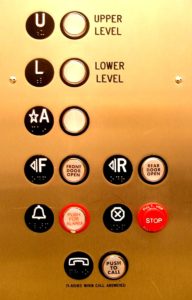 We’ve all heard it at some point. And we may have even said it on occasion.

“Because of the recent economic and competitive challenges confronting our company, it’s imperative that we reject the status quo, and instead, take this organization to the next level.” (Lots of applause)

“Pat, if you’re truly serious about moving up to the District Manager role, you’ll have to take your game to the next level.”

With the exception of the last example, “the next level” has become a catchphrase, with widespread popularity and usage in business, often with little consideration of its impact.

And it is the impact of “the next level” that is its own undoing, its Achilles Heel.

Although we may nod encouragingly, often obligingly, when someone says we need to take ourselves or our company to “the next level”, do we truly know where that is or what he/she means?

If I, living in Savannah, Georgia, ask you what’s the best way to get to San Francisco, and you simply reply, “Go west”, I might think you either a bit insincere, or worse, a bit dull.
Similarly, if I tell you that you need to get to the next level, might you wonder:

“The next level” is a bit like The Emperor’s New Clothes. On the surface, it appears to mean something, but look a bit longer, and its vagueness, and at times, its vacuousness, become quite stark.

So to avoid the confusion that ensues after people hear they must get to “the next level”, and before we utter those words the next time, we should ask ourselves:

So in the end, we don’t need to rid ourselves of “the next level”, but a slight modification would help:

“…and so I say to you, dear colleagues, we must take this company to the next level…………………., which means…” (add detail here, and expect more sincere, and now well-informed applause).