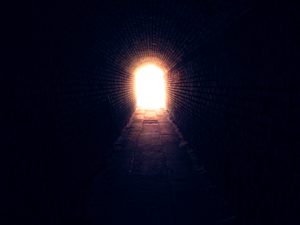 The banner being towed behind the plane flying overhead would read, “Wrong One – Moyes Out”.

Many of the fans wanted his head; it was time for him to go.

The season was not going well to say the least. The dynasty handed to him was stumbling in a very public way.

David Moyes then walked out onto the field…..

David Moyes is the manager of Manchester United, the winningest team in the Premier League (the top professional league in English/UK soccer). Moyes took over management of the team in July last year, succeeding Sir Alex Ferguson, who managed the team for almost 27 years, and led it to Premier League championships in a record 13 out of 21 seasons, including 5 of the last 7 seasons.

And that was David Moyes’ problem. Since taking over from Sir Alex last year, Moyes had failed to maintain the stellar record handed to him. Last season under Sir Alex, Manchester United won the championship by winning almost 3/4 of their games. This year, under David Moyes, they’re in 7th place, having won only 1/2 their games.

Obviously, the difference in outcomes under Moyes has not gone unnoticed by critics, the press, and fans.

Which brings us to the banner being towed by the plane: “Wrong One – Moyes Out”. According to news reports, funds had been raised by disgruntled fans to make a public statement: the banner would fly overhead of the 75,000 fans at Old Trafford, the home of Manchester United, at the start of this past Saturday’s game with Aston Villa. Moyes, the subject of it all, would be there to see it all.

And so knowing how vilified he’d been for the team’s disappointing (for some, disastrous) record under his leadership, and knowing the banner would fly during the first few minutes of the game, and knowing that the banner was already big news and therefore anticipated by the 75,000 fans, what did David Moyes decide to do?

It’s customary when a team comes onto the field prior to the start of a game for the manager to be part of the group, to accompany the players out of the covered access tunnel and onto the field.

No one would have noticed or commented if that’s what David Moyes did this past Saturday. It would have been business as usual, except of course for the plane and banner about to fly overhead.

Instead, though, Moyes did not do the usual. He decided to not blend in with his team. On this day he decided to do something different, something quite telling.

Instead of accompanying his team onto the field, David Moyes decided to precede them, to walk onto the field before his team, totally alone.

It was a defining moment. It was, one could argue, a courageous moment.

In front of 75,000 fans, Moyes silently yet very publicly reaffirmed his accountability.

Here I am. Bring on the plane and the banner. Bring on the critics.
I won’t hide. I’m here for all to see.
I’m the leader of the team. It stops with me.

And the fans applauded him.

What moments of courageous leadership, both big and small, have you witnessed during your career?

Post your answers and comments below.  And read and watch David Moyes’ own comments on the banner and his leadership (with a clip of the banner too).