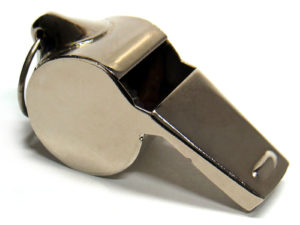 Frankly, I was a bit surprised. I was expecting more, because it seems like everyone and their uncle and aunt is a coach these days. (Full disclosure: Count me in; I too have worked with numerous executives and managers, one-on-one, for periods ranging from several months to over a year.)

Notwithstanding the presence or lack of a certification, the success of a coaching relationship is never guaranteed, just as a doctor’s license doesn’t guarantee a 100% success rate with patients.

Understandably then, a lot of time, and I would argue a disproportionate amount of time, is spent on evaluating the coach.

I’m certainly not suggesting that evaluating the potential coach is a waste of time. Similar to evaluating a doctor, you want to ensure you know: what they do, whether they’re competent, what they’ve achieved with their clients, and if anyone you know has had a good or bad experience with them.

That being said, that’s still insufficient.

What frequently gets left out of the evaluation equation is the “coachee”, or the person being coached.

When I’ve worked with an executive over a sustained period of time, and there’s been exceptional progress and success, the leading factor for that difference in performance is usually not me. It’s the person I’m working with. More often than not, the key differentiators for exceptional success in a coaching relationship are the coachee’s commitment to his development, her courage to be transparent with colleagues and to try new behaviors, and a tenacious engagement throughout the coaching process.

Which is the reason why the executive coach is overrated.

Certainly make sure she’s competent and successful. And ensure he has a track record of getting results. But those are table stakes.

Equally important issues, though, are whether the coachee is 110% committed to his development over a prolonged period of time and that she has the courage and tenacity to see it through.

What examples, good and bad, have you observed regarding coaching, coaches, and coachees?