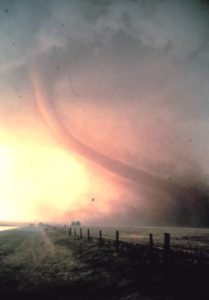 Last month we spoke of the VUCA vortex: the volatility, uncertainty, complexity and ambiguity that are challenging today’s leaders.

We also noted several trends in leaders lives, namely: Significantly increased spans of control and responsibility; increased workloads and expectations; and an ever-commuting lifestyle based on mobile technology.

Here are 3 things leaders can do to limit the fury of the VUCA vortex.

1) Focus more on the Important, and less on the Urgent. The late Stephen Covey (author of the The 7 Habits of Highly Effective People) accurately observed that we tend to focus on what’s urgent at the expense of what’s important.

Responding to all emails, text messages, pressing needs of others, etc. are examples of being orchestrated by what’s urgent. In contrast, succession planning is important, but not urgent. If I don’t work on succession planning today, the company will still be here tomorrow. For now.

At some point, the company will be undermined because I did not tend to succession planning months/years ago because I didn’t feel its importance.

So we need to get clear on priorities. Some urgent work is important. So obviously do it. But much of the important work we need to do is not urgent. So we mustn’t lose sight of it.

Which brings us to the next point.

Most leaders lack the time during the day to do all they need to do. So work readily flows into evenings and weekends. Hence the ever-commuting lifestyle. Mobile technology permits and facilitates our ever-commuting. But at what cost?

Although there is no magic pill, effective delegation goes a long way to returning some sanity to the work day. In many cases, it’s the only way to prevent a leader from drowning in his work and responsibilities.

Determine what can be delegated. It’s likely that some of it will serve as good stretch assignments or developmental opportunities for some of your direct reports.

Which brings us to the third and final point.

As just noted, an effective leader will free up time to focus on the Important work by delegating some of her less significant work. However the leader may assert she would love to delegate more but can’t, because her direct reports just aren’t ready.

Sometimes it’s due to recent seismic changes in the complexity of the leader’s responsibilities and work, and sometimes it’s due to the fact that she was not tending to the Important work of developing her people. Unfortunately, in both cases there’s no shortcut to delegation.

In order to delegate effectively, the leader will have to put in the extra time, effort, and work to develop her people so they can capably assume the new responsibilities. For leaders who have been through this ordeal of “just-in-time-development”, doing it once is enough of a reminder to stay committed to talent development.
The volatility, uncertainty, complexity, and ambiguity of the VUCA world are here to stay, with all the attendant Darwinian implications. Staying relevant as a leader is a top priority.

So focus more on the Important, less on the urgent, and continue to develop your people so you can delegate effectively, which lessens your load and helps you remain focused on the Important.